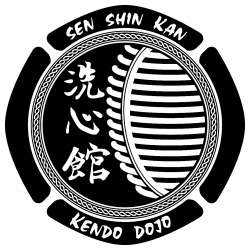 Sen Shin Kan Dojo Began in 1995 under the direction of Sumida Takayuki Sensei, in the art of kendo however, since then the Dojo's list of martial arts has expanded.

The Dojo is open to anyone with an interest in Martial Arts. The Sen Shin Kan Dojo emphasizes that the study of Martial Arts does not solely train a practitioner to physically overcome odds.  Strong friendships, character, discipline, and fitness are gained through study.  We have a wide variety of disciplines ranging from Kendo to Jujutsu.

Sen Shin Kan is lead by Bryan Mosley Sensei (4 dan) and is a proud member of the All U.S. Kendo Federation, and the South West Kendo Federation.  We are one of two Dojo in the state of Oklahoma that teach legitimate Japanese Kendo.  For more information about our the sister dojo, the "Tulsa Kendo Club"  :
Tulsa Kendo

Mosley Sensei is the Head Teacher of the dojo.  He began training in the martial art of Kendo in 1995 under Sumida Sensei.

Zac Beverage is an assistant Kendo instructor of the dojo.

Claire Delpirou is an assistant Kendo instructor of the dojo.